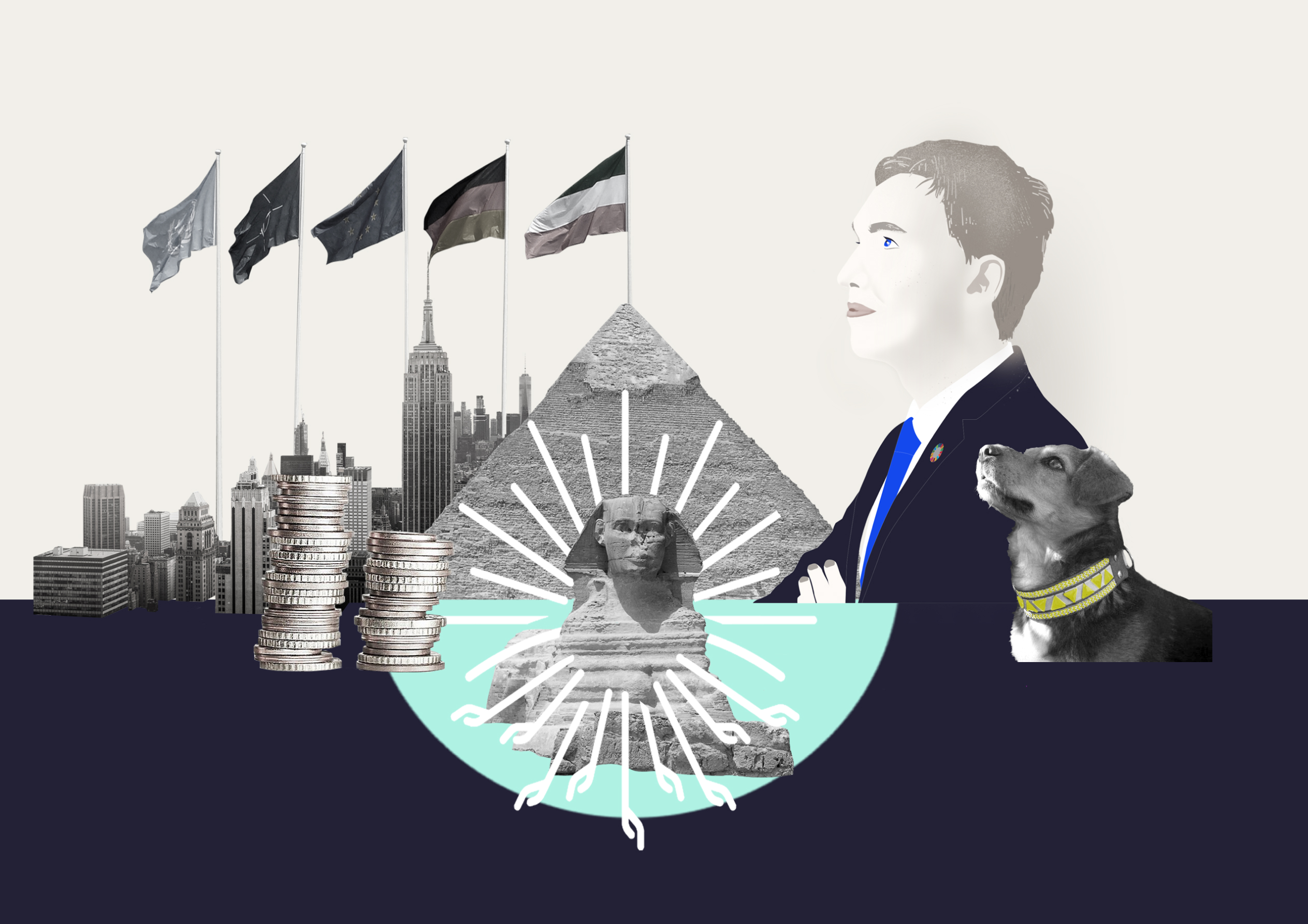 Five is a magic number for Vladislav Kaim. It’s not only because he has five rescue dogs (yes) – but he also speaks five languages (ja). So as a seasoned dog-dad and polyglot of Italian, Russian, Romanian, Swedish and English, you’d think he had shown all the aces up his sleeve. But at 27 years old, Vlad is also a trained economist devoted to the climate issue. He is one of UN Secretary General Antonio Guterres' seven young Climate Advisers, a liaison for green jobs and has been a Youth Fellow with the IMF. Before heading to COP27, we caught a moment to talk with him about climate finance and activism.

An environmental economist with an eye for justice

Vlad was born in Moldova in the 90’s, during one of the "darkest periods of independence chaos." He’s from a family “on the spectrum from middle class” – his mother is an English teacher, while his dad did not benefit from higher education, and ended up with different odd jobs. Vlad is himself, today, a crossbreed of economist and environmentalist.

It never fails to surprise him how rare this combination – of environment and economics – is, especially in the youth climate space. He expected to find more peers with the same school of thought. Even though it gives him a niche, it’s rarely a benefit to be misunderstood. His activism started as a fifteen year old in 2011, working with fellow youngsters to end the pollution of the Dniester River - the main source of water in Moldova. Then, through a scholarship he moved on to university studies in Moscow. Vlad noticed that awareness of sustainability was low in the region, and that the civic space was rapidly decreasing. That did not deter him though. Instead, a student in International Economic Relations, he was part of establishing the first youth hub dedicated to MDG:s and then SDG:s.

“Setting up a community of this sort was kind of trailblazing in a country where conditions were not great for activism.”

After his studies he moved to Sweden – for love – and got involved in UN topics in general and on SDG13 (Climate Action) and SDG8 (Decent Jobs) in particular. Wherever he went, he tried to marry these perspectives of the environment and economy. Often, he emphasized the industrial sector, employers and workers. Green jobs advocacy became his gig.

From activism to advising the chief of chiefs

In July 2020, it was announced officially that the United Nations had assembled a group of seven activists advising the Secretary General, Antonio Guterres: The Youth Advisory Group on Climate Change. Vladislav was nominated by YOUNGO (the Youth Climate Movement) and has dedicated himself to the job since. Despite – or perhaps because - of the pandemic, it  has involved a whole lot of meetings, speech writing, presentations and conferences.

The work adapts to the political agenda of the day. “The landscape is often changing because you have to provide talking points to a person that has a lot on their plate. Today can be about negotiating the grain deal with Turks for Russia and Ukraine. Tomorrow will be about a famine in Ethiopia. Since February 24 2022, more work has gone into the role of fossil fuels  in the war in Ukraine. Now we’re framing renewables as the pathway to peace and resilience. You always have to adapt.”

International economics and finance is an issue that often lands on Vlad’s desk. In the context of both the pandemic and weather extremes, it wasn’t unusual to see how loans for low-income countries were discussed. He sees how most of the climate finance is in the form of loans rather than grants or investments. Vlad's conclusion is that “States often try to make it seem like they contribute more than they do.”

“In fact, climate finance should be pulled out of the idea that it should go through traditional banking systems. How about regions, cities, entrepreneurs? When it comes to finance frameworks, I’m not an absolutist, but loans should at least be more transparent and concessional.”

After over two intense years, the mandate finishes after COP27. It's been busy and a new chapter comes with new opportunities. This begs the question: What happens next, and will you be able to rest? And what do you do to relax? Well, apart from his soft spot for rescue dogs and languages, Vlad is a chess enthusiast and he loves books. His favorite is ‘Ring of steel’, he adds, an award-winning book about World War I.

On the topic of climate finance, Vlad has lots to say. He paints a picture of how the system is caught in an old bureaucracy, and how climate finance should be understood beyond state-to-state and instead reach entrepreneurs, communities and cities.

“There is currently an atmosphere of zero-sum-game in climate finance. Truth is: it’s not.”

In the past decade, the public debt of developing countries increased from 40% of GDP to an average of 62% of GDP.  Most climate finance ($384 billion) – two thirds – was raised as debt. Only 12% ($47bn) was low-cost or concessional. But for some, the choice is existential. “Even if you drown in thirty years, you still need to feed people and provide healthcare today", Vlad continues: "You can not really go further on climate finance unless you address the issue of how we convert the accumulated debt into climate resources.” He used every occasion to put forward these ideas and “the Secretary General and IMF were enthusiastic about it.”

Vlad remembers the biggest failure being at the G20 meeting in 2020. “The debt relief framework there was terrible. I read recently that some African countries are in conversation with the IMF for climate swaps” – partial debt relief operations conditional on debtor commitments to undertake climate-related investments—to alternative fiscal support instruments. He’s crossing his fingers for this.

“Green jobs is currently understood as a luxury belief to act on. Why? It is – quite literally  – the engine of your economy."

There is a lot of nostalgia around ‘green jobs’  that has no connection to the real world. This can be frustrating given how central green jobs are to climate action succeeding at all. Some facts are not cutting through the noise, so Vlad is determined to bring these points forward:

Right now, Vlad is in Sharm el Sheikh in Egypt, where he’ll spend the month at COP27. In terms of politics, he expects some particular tinkering around loss & damage. He hopes that the Santiago Network - established to connect developing countries with providers of technical assistance – will be operationalised. He hopes that a roadmap on doubling the adaptation finance will be in the play. While he has many hopes, he remains a realist.

There’s pressure on the Egyptian presidency to deliver on adaptation and just transition partnerships. Yet, “this years’ conference is taking place in a crumbling world from the point of view of international relations, in a severe economic context of the past decades. The last COP that took place in a recession - in Copenhagen in 2009 – was also in a time where everybody has a desire to look after themselves. Ironically, it is precisely this that climate action is about: caring about ourselves and the survival of our own species.”

He wishes it wasn’t so. Here, too, he sees the flaws in making nation states the basic unit of measurement. It’s complicating things. Reflecting back at his time with the Secretary General, he hopes that better ideas and solutions can be embedded in the topics that make it to the agenda of the day. If not the mega trends of the decade.

The future will be alright  – if we avoid greenwashing

“I’m looking forward to the current generation of politicians being replaced. Now whether our generation will provide better - we will see.”

The upcoming 8 years Vlad foresees more progress on the technological side of things. “We will see climate tech, battery storage, small modular nuclear reactors, fossil free steel and cements.” He hopes to see more progress on climate resilient infrastructure. But he worries that there won’t be a political appetite for this to happen at the scale and speed needed.

“Until 2030, one more economic cycle will pass by. We will operate in an unstable political environment and by the end of the decade we could be on a warming path above 2 degrees by 2050. We will be seeing a fundamental shift from fossil fuel companies, but beware that they will be marketing themselves as transition actors. We can not fall for this greenwashing.”

In contrast to fossil conglomerates and corporations, he respect entrepreneurs – “especially in dire conditions.” The same goes for activists for bread & butter issues. Their work is the foundation of “everything we do.” More trade union activists having their say in climate would be good. Could we see more of this in the coming decade? He hopes so. Such a trend could transcend not only race and locations, regions and cities, but also classes.

“What’s keeping me awake at night? Ah. You’re supposed to provide something inspirational. People would say ‘open your heart’. But I’m thinking ‘open your wallets.’"

At the end of our call, we reflected on the end of something bigger. Namely, the 20th century. “This is the time when we are truly entering the 21st century. With both Gorbachov and the Queen of England passing away in the same week, we are in a new era.” For the climate activist who has as many rescue dogs as he speaks languages, the new era can only be truly promising if the transition is truly green, truly financed and truly just. 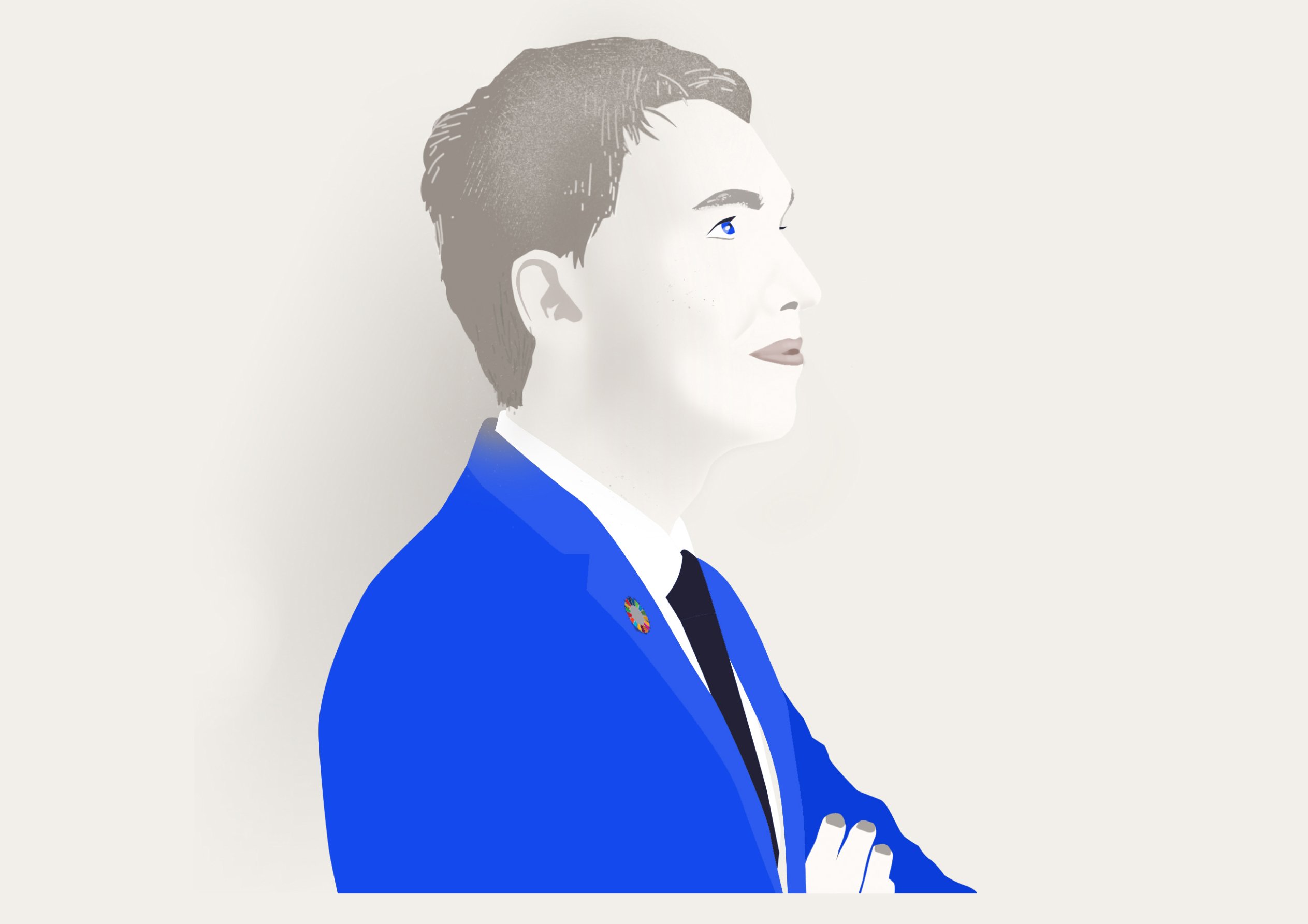