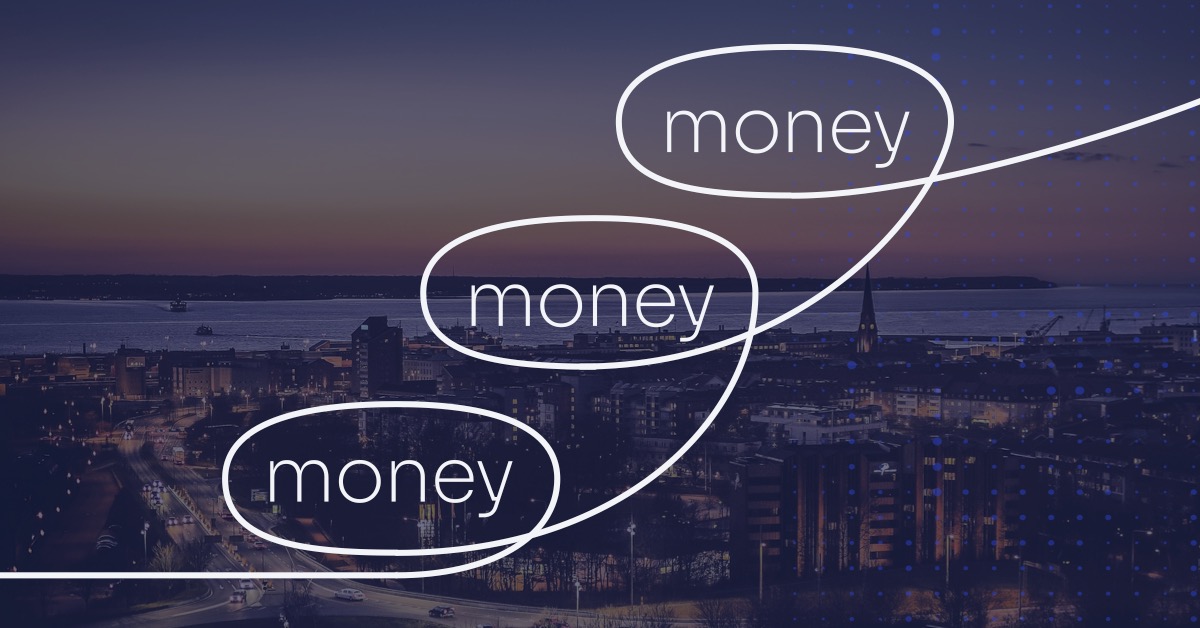 Cities are the most important players to help the world reach net zero as they make up 70% of global emissions. For years, cities have had the imperative to build Climate Action Plans. Ultimately, they have proved unable to take a city to net zero because they are not costed, do not constitute a business case for the transition nor comprise plans for acquiring capital. Climate Investment Plans are a fairly new addition to the climate action portfolio which comes in to fill in this gap.

This article explains what Climate Investment Plans are and why ClimateOS is best suited to help cities achieve them.

What is a Climate Investment Plan (CIP)?

A Climate Investment Plan is the document that makes the business case for climate action. It is “a systematic map of the costs and capital your city needs to reach climate neutrality” according to Net Zero Cities, coordinating the EU Mission for 100 Climate-neutral and Smart Cities. A CIP builds directly upon the Climate Action Plan and “the portfolio of actions and measures [cities] have committed to take”.  A CIP is the one thing that cities need to signal to investors that their plan is a credible and therefore investable plan. It should convey costs but also co-benefits and overall return on investment, anticipate concretely who will gain or not, and map out initiatives accordingly to ensure success of the investment.

CIPs are becoming more common in national and local governance to raise money for large-scale climate action projects. The forecasting is typically done in excel documents. A CIP necessarily needs to be multi-stakeholder and multi-sector, long-term and iterative.

How do I create a Climate Investment Plan in ClimateOS?

For a CIP to be multi-stakeholder, multi-sector, long term and iterative, we at ClimateView believe that a Climate Investment Plan necessarily needs to be an interactive, living document.

ClimateOS permits just that. Building on previously existing features and the overall model powering the platform, the newly launched Economics module includes three features. Together, they build the Climate Investment Plan that cities can use dynamically.

ClimateOS has an Economics module. Cities can create a Climate Investment Plan built on impact intelligence to provide city treasury, financial institutions and investors alike the analysis they need to fund, and finance the green projects laid out in the plan. 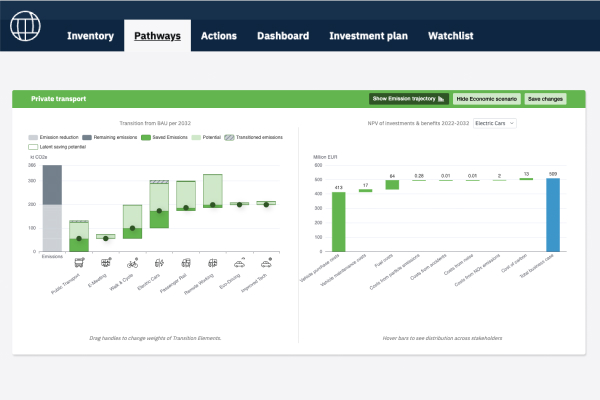 The feature that previously enabled cities to simulate low carbon shifts and visualize the optimal pathway, now also visualizes economic projections. Cities can now understand the economic feasibility of the shift, to evaluate mitigation options more thoroughly and understand the full impact of the transition, with costs and co-benefits. It connects emissions reductions to economic impacts – CO2 to $$. It does so in a way that not only ticks the box, but quantifies the impact. 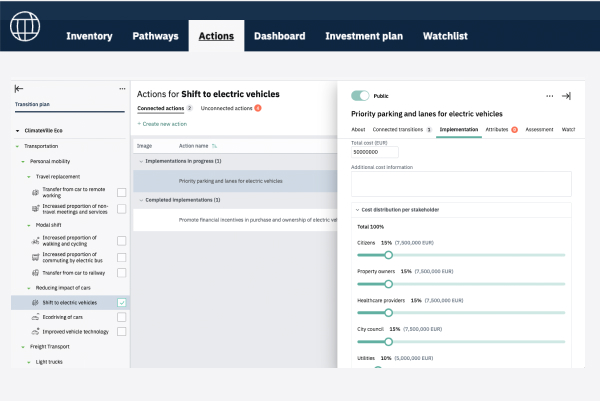 The Actions Editor feature in ClimateOS has a significant upgrade. Where cities could previously collect all actions, cities now pinpoint which actions require investment and bundle actions with other initiatives targeting the same transition. Costs can be attributed to stakeholders and help to design smarter actions. 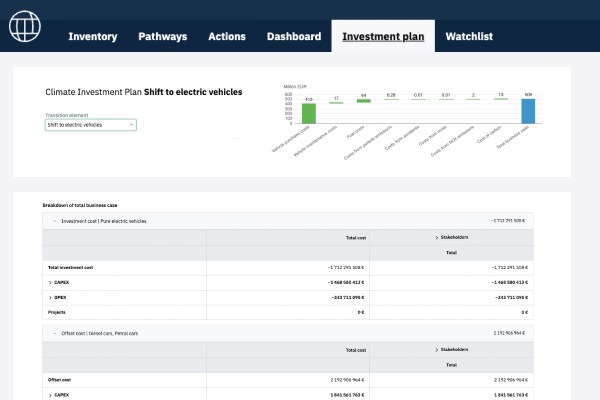 Who can work with CIPs?

Climate Investment Plans are a crucial interface between city climate teams and the finance department within a single municipality. It compiles the key analysis needed for the transition and empowers finance departments to become advocates for the transition. CIPs are then the perfect basis to raise private market or public capital and the perfect bridge to seek funding.

Due to its collaborative nature enabling the simulation of various economic scenarios, the Economics module in ClimateOS is ideal for upstream work between climate teams and finance departments. It enables them to work together and evaluate what the best actions, initiatives and their corresponding costs and co-benefits are, prior to consolidating it into a CIP.

How does this work in practice for a city?

A few cities are currently using the feature: Helsingborg and Malmö.

How do I get started with creating my city’s CIP?

Climate Investment Plans are by nature iterative. More projects will come about as you address what is in your climate action plan. That’s why we suggest you start small, looking at a few transitions at a time and focusing on the various initiatives you can bundle together towards the same transition to improve your chance of success and decrease risk for that transition. The Transition Elements in the platform enable you to do just that, looking at one shift at a time, while not losing sight of the bigger picture. Our economic modeling is being progressively rolled out across Transition Elements to quantify and cover more and more of your transitioned emissions. In the meantime, the platform provides a qualitative list of co-benefits for all transitions.

Make your plan investable with ClimateOS

Cities can start with a Climate Action Plan and build a Climate Investment Plan with the Economics module in ClimateOS. This iteration in the platform allows cities to: (1) support stakeholder alignment and buy-in, by describing the co-benefits, carbon abatement, and green projects for each transition element and for an increasing number of transition elements,  also the full economic scenario with the economic winners and losers; (2) create Climate Neutrality Investment Plans for Net Zero Cities; (3) provide the necessary data, calculations, and context in accordance with CBI and ICMA frameworks to provide the basis to raise private market capital to finance projects.

Why we created impact intelligence