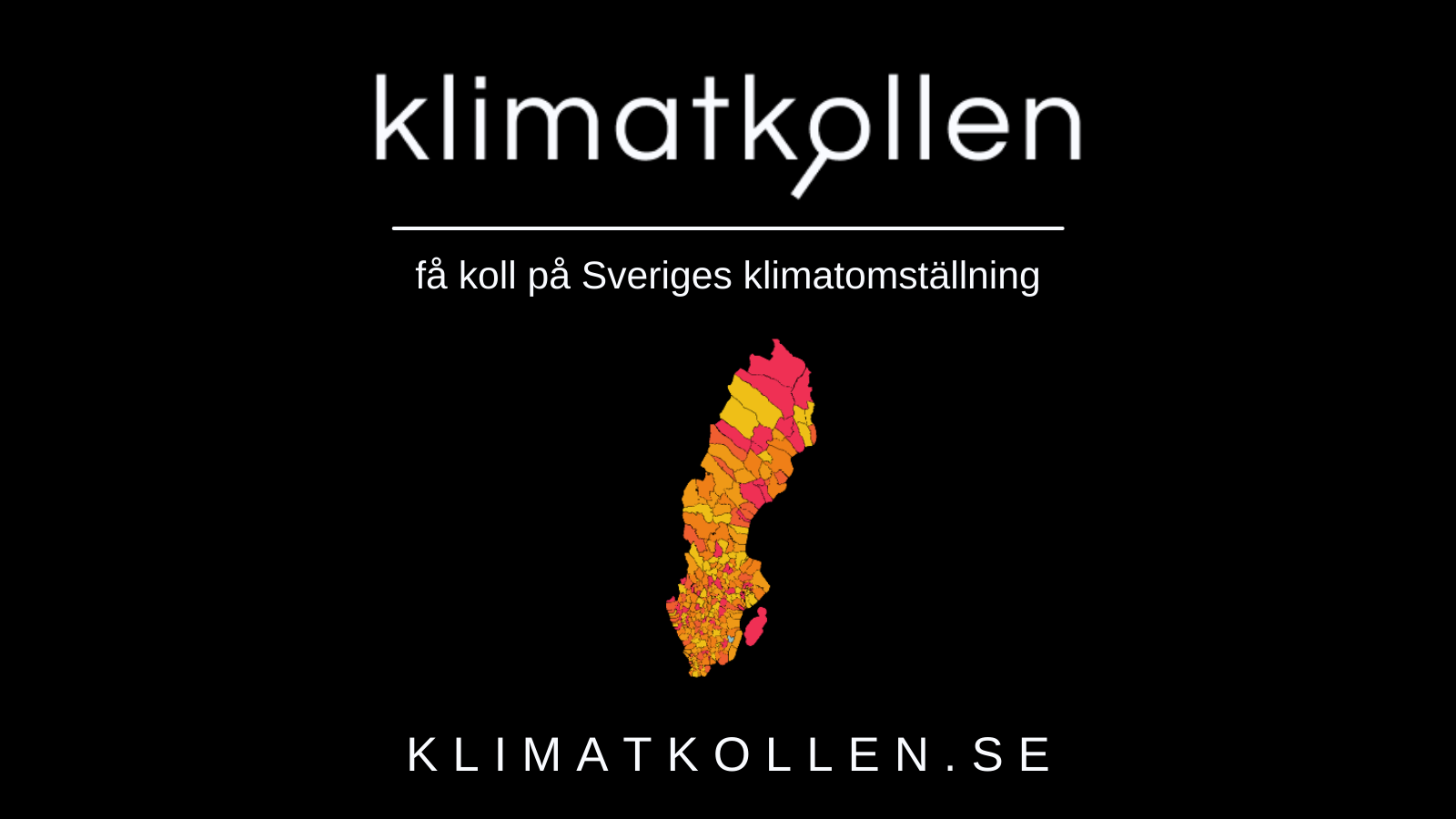 Launching today is the KlimatKollen.se project (Climate Checker), a website created by Våra barns klimat, KlimatKlubben.se, WWF and ClimateView, to help the general public in Sweden understand the extent of the progress or lack thereof of their local communities towards climate neutrality goals.

The new website allows visitors to see Sweden’s total carbon budget broken down to a municipal level, giving an indication of which municipalities are on or off track with their goals to reach the Paris Agreement.

Led by award winning Swedish non-profit Våra barns klimat (Our kid’s climate), already empowering more than 27 000 parents and adults across Sweden to increase political accountability for climate targets, the project aims to make the climate issue more prevalent and top of mind in the upcoming Swedish elections. More concretely, the project aims to move the issue from 5th place to become the top issue for voters in the upcoming election.

Alongside KlimatKlubben.se, a non-profit with tens of thousands of engaged members striving to make climate action a key priority, and WWF the world’s largest environmental organization with 6 million supporters globally, we are excited to have contributed to this important project by providing the ClimateOS carbon budget calculation via an API.

KlimatKollen uses the municipality carbon budget for each Swedish municipality to put current emissions reductions in context. It's a strong way to increase transparency, share climate knowledge and help further engage the general public in the transition.

This project reflects and responds to the need for more transparency and evidence-based calculations, of which carbon budgets are the epitome. When the carbon budget calculation is transparently created and communicated, it highlights the true urgency and scope of the challenge. This allows for a truly evidenced-based political discourse.

Carbon budgets are aligned with climate science as they are indicators of the maximum cumulative amount of carbon dioxide that can be emitted to the atmosphere to be in line with global temperature rise well below 2°C. Just as climate change depends on the cumulative amount of emissions in the atmosphere, carbon budgets are cumulative calculations and are therefore more realistic than "point-in-time GHG reduction targets for total emissions produced in a single year, decades into the future".

In recent years, several Swedish and British cities have created carbon budgets to clearly show the scale and speed of the transition needed to meet their targets. Yet, carbon budgets remain underutilized calculations for a simple reason.

While calculating the global carbon budget is doable, calculating how much of this budget should be allocated to each nation, and then further divided within each nation to a regional or city level, is a more complex process.

Our API and calculation model

To attribute the carbon budget to the municipality-level, ClimateView has built on the work of the  Tyndall Centre to create a programmable and repeatable calculation approach.

The predominant approach for subdividing carbon budgets equitably is the Tyndall method (as laid out by Anderson et al). Building on their work, we have created a programmed, standardized method of dividing global and national carbon budgets and allocating them transparently, quickly and easily all the way down to the city level. The equity attribution principle used in the calculations is ‘grandfathering’.

The City Carbon Budget API we have created returns an individual municipality’s total carbon budget as well as 3 different emissions abatement trajectories to show the Carbon Budget’s expenditure over time.

The City Carbon Budget API  is fully documented and free for use under a Creative Commons license XXY. The first release of the API is limited to Swedish municipalities.