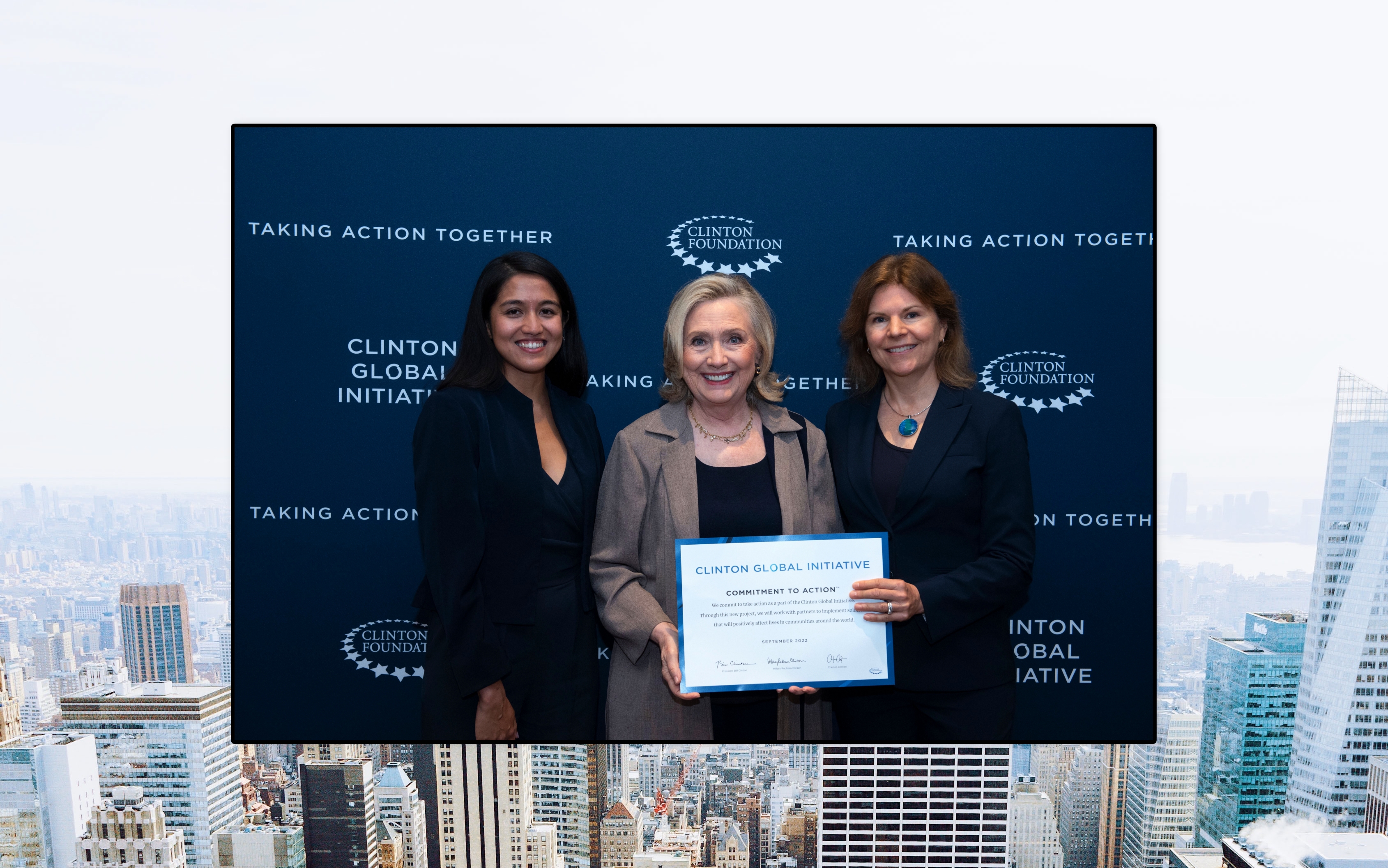 For the past weeks, you might have seen ClimateView colleagues in New York, Stockholm or Malmö. We've been shaking hands (yes, we're back at it) with policy-makers, mayors and other techies.  And a former U.S Secretary of State.

In New York, our VP for Policy and Government Relations Carey Hamilton, and Business Development Manager Shaira Romero were busy attending meetings and roundtables. ClimateView met with former U.S Secretary of State Hillary Rodham Clinton as we presented our Commitment to Action at the Clinton Global Initiative.

Later in the week, Carey got a moment to sit down in an interview with We Don't Have Time. They met with Climate Commitment-makers, such as ClimateView during Climate Week NYC. We commit to getting cities to net zero. With cities creating 70% of carbon emissions, the opportunity is urban to make a huge positive change where innovation like ClimateOS can facilitate the transition. And as Carey puts it:

"It's all about getting climate action quicker,  right?"

As she had just had a speaking engagement at the Mayors' Roundtable, she knew who to highlight upon the question about who to share her climate love with.

The climate forward Mayors, of course.